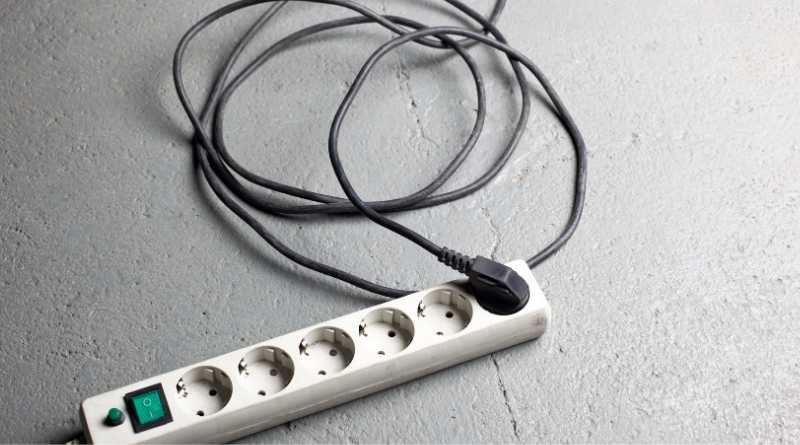 But what if your surge protector is connected to a device that is on the outdoors? What if it rains? Are they waterproof?

All surge protectors are not waterproof, but there are those that are and they are more costly. Get one with an IP rating of at least 5, which is the standard for waterproof protectors and means that the device can withstand water projected from a hose.

Surge protectors are one of the most common pieces of office equipment in the modern workplace, and are a vital part of the technology we all use.

You might have thought that all surge protectors are waterproof, but this is not always the truth.

While the many of the surge protectors on the market meets the IP code (Ingress Protection Rating) standard and are waterproof, most models aren’t especially the cheap ones.

If you are looking for a waterproof surge protector then you should know about the IP Rating System. Surge protectors are rated by the Ingress Protection rating system, and the IP rating provides information on both the level of dust protection and water protection.

The rating scale is denoted by the letters IP followed by two numbers.  Both numbers are important, but the first number refers to dust protection and the second to water protection.

Since we are talking about water protection we will focus on the later.

It’s easy to get lost in the technical details of different surge protectors, but it’s also important to know what they mean in practical terms. Most use the term “IP rating” to define the surge protector’s level of protection from water and dust. IP stands for Ingress Protection.

The rating system was created by the International Electrotechnical Commission (IEC), an international standards organization.

This is a breakdown of the IP Standard as it relates to being water-resistant and waterproof:

You should realise that there is no intrinsic value to each level; it is just a way of comparing products and giving you an idea of how well the device will resist things like dust and dirt.

Can Ordinary Surge Protectors Be Used Outside?

Surge protectors are very handy devices that you can easily plug into an electrical outlet to protect your home theater system, desktop computer, and other sensitive electronic equipment from harm in case of a power surge.

For many of us who live in regions where heavy rain and snowfall occur often, in-ground pool, fishing, camping, and other outdoor activities are part of our lives. You should use a waterproof surge protector when you plan to use it outside especially in damp areas or places where rain occurs often. Non-waterproof surge protectors can cause accidents if you are not careful in protecting them from water or any liquids.

What Happens If A Surge Protector Gets Wet?

If a surge protector has been in contact with water, it may still be functional even though it has been doused completely or even flooded.  However, there is a limit to the amount of liquid that can be allowed into the device before it must be replaced.

This is because when water enters the surge protector, it creates an electrical resistance that could potentially burn-out the device.

This is why any device with a rating of two or lower is recommended to be replaced immediately after being exposed to liquid.  However, devices rated at an IP code of five and above can be submerged in water and, as long as it is allowed to dry naturally, will probably still work fine.

If your surge protector does get wet, you should then open the case and allow the surge protector to dry naturally for at least 24 hours before attempting to plug it in again.

Can A Wet Surge Protector Start A Fire?

Since water and electricity can’t exist in the same place, any water in the outlet will cause a risk of electrocution and fire.

When water is present in electrical wirings, short circuits can happen causing wires to heat up and can even start electrical fires.

If you have a wet power surge,

Reliable protection of your home and office from fire and electrocution is one of the most important things that you can provide for your family and workers.

Surge protectors are not waterproof by nature. Even if you are looking for models with waterproofing, you’ll find that  many that are not.

To get a surge protector that is waterproof, you need to get one that has an IP rating of at least 5. This is the standard for waterproof protectors and means that the device will withstand Water projected from a nozzle.