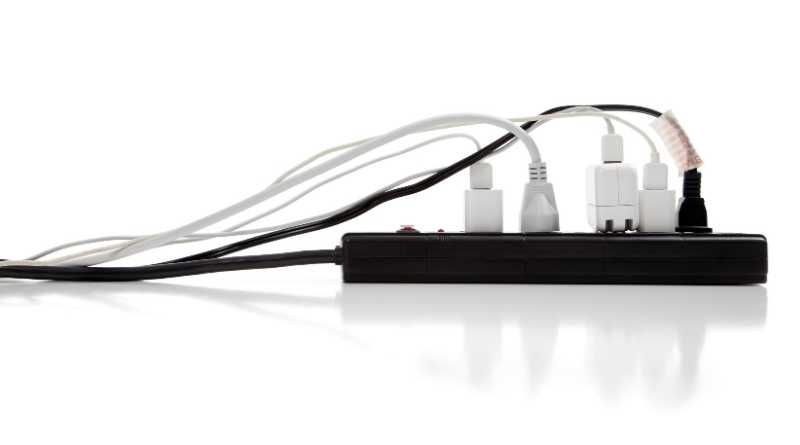 Surge protectors are commonly used to protect equipment from electrical power surges. Today, most people are well aware that electrical surges can happen in homes, even if they don’t have and don’t use electrical appliances. As computers become more widespread in households, I’m sure there are a lot of people who want to know if they need a surge protector for their computer.

What Is A Surge Protector?

A power surge can be detrimental to your gadgets. But it can also damage your devices if you don’t use a surge protector. A surge protector keeps them from receiving too much voltage from an electrical source.

How Does Surge Protector Protect Your PC?

Surge protectors are a great way to protect your computer and its sensitive components from sudden, damaging increases in voltage.

Although most household electrical surges are caused by lightning strikes, faulty power equipment, and faulty wiring, a power surge can also be caused by a problem with your computer or one of its components.

For example, if you have a loose cable or connection inside your computer, or if you accidentally drop a metal object onto a power outlet, the surge protector will divert the extra energy away from your equipment, preventing possible damage.

Surge protectors’ job is to detect excess voltage and divert it to the grounding wire. That’s why all surge protectors have a grounding pin on the plug and must be plugged into a grounded outlet for them to work as intended.

What To Look For On A Surge Protector?

Surge protectors are a fairly straightforward device; their purpose is to protect your expensive electronic equipment from any high voltage spikes that may damage them.

However, they have become significantly more complex over the decades, with many different types of joules ratings and electronics inside.

To help you wade through the confusion, here are the some of the things you should look for when choosing a surge protector.

While a high voltage surge can take out all your electronics, the bigger concern is that it can also cause a fire. You can help prevent this from happening by purchasing an electrical surge protector that is rated for high voltage protection. In order to help you identify surge protectors that will help protect your appliances, look for those that are approved by Underwriter’s Laboratories (UL).

When considering a surge protector, the first safety feature you should look for is the UL rating. This rating is provided by the Underwriter’s Laboratories and lets you know the maximum voltage the surge protector can handle.

The Underwriter’s Laboratories (UL), a safety science company, regularly tests and approves different home office products to make sure that they are safe to use.

It is important to have a surge protector that has enough outlets to plug into for the other components of your computer. If you do not, you might have a hard time finding a plug for your monitor, speakers, or other electrical devices.

You should also plugged other computer components on your surge protector. This is because many of the other electrical devices that are used in conjunction with computers (such as monitors, speakers, or other electronics) can also be damaged by sudden power surges and outages.

Unfortunately, most people don’t know how to choose a good surge protector. But don’t worry! It is actually easy. One of the most important factor you should look out for is the joule rating.

In the case of computer equipment, I suggest avoiding models that are rated at less than a 2,000 joules capacity. (A joule is a measure of energy.)

Another important factor to note is clamping voltage (the threshold at which the protective components trigger).

I recommend surge protectors that clamp at 400 volts or less. The smaller the clamping voltage, the better. If you need to protect your electronic equipment against extremely high voltages in the event of a power surge or blackout, I suggest purchasing a surge protector with a clamping voltage of no more than 400 volts. Anything higher is less effective.

Surge protectors help prevent damage to your electronic devices when voltage surges occur, but just how quickly do they respond? In reality, most surge protectors will not respond in a nanosecond, however there are some on the market that are able to respond in less than one millisecond. This quick response protects your devices from voltage surges and power spikes, such as those that occurs when you power down your computer.

Unfortunately, many of the cheaper protectors on the market can take time to respond to changes in voltage. When current surges through your computer, it can fry it. With a slower response time, your computer might get fried before the surge protector can respond in time to protect it. If you have a computer that’s worth more than $5,000, you should consider investing in a surge protector with a faster response time.

Why Are Surge Protectors Better Than Power Strips?

Surge protectors and power strips are both used to protect your electronic devices from power surges or voltage spikes. Although power strips and surge protectors both have similar purposes, they are not the same thing. Both devices help with the flow of electricity to your devices, but they work differently.

Is A Surge Protector Enough To Protect The Computer?

Surge protectors do a great job in protecting your devices from electrical surges, spikes, and lightning, and they’re the first line of defense against most power problems. But a surge protector alone isn’t enough to protect your computer and other sensitive devices if the power goes out and never comes back on.

Surge protectors help to filter out the high and low voltage spikes that occur in electrical lines. Usually the lower models of surge protectors are relatively inexpensive. The higher models are more expensive but they also have better features. A surge protector would be a good investment, especially if you have just spent thousands of dollars on an expensive computer and peripherals.

However, there is a better option! It’s called a UPS or uninterruptible power supply. A UPS is a must-have item if you have used an expensive computer on your home. An UPS is perfect to be in place of a surge protector for it provides continuous power to the computer, even when the electrical lines are not functioning.

A surge protector helps to protect electronic devices but a UPS takes it one step further by offering uninterrupted power supply even during a power outage. It is better to invest in a UPS and then buy proper surge protectors as needed. The money you saved will keep getting used up if you don’t protect your valuable electronic devices properly. You can easily lose data worth hundred of thousands of dollars.

So, that’s pretty much it for surge protectors: after reading this article, you should be well-informed and ready to go out and get a surge protector for your home or office.  Consider the factors we discussed, and measure each device against them, and make your choice.

In the end, you’ll be better off for having invested in a surge protector, and you’ll have a bit more peace of mind about the safety of your computer.